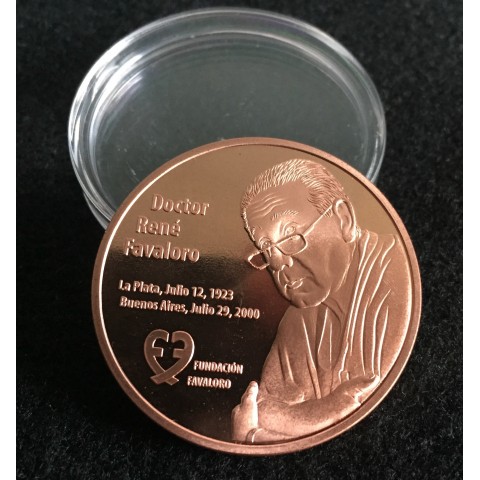 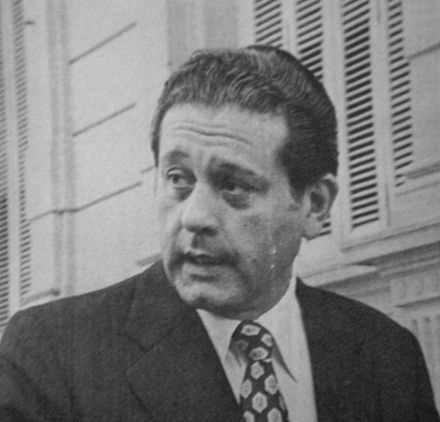 Favaloro was born and raised in La Plata. At an early age he developed a love for football, favoring Gimnasia y Esgrima La Plata, a popular club in the city.

He was admitted into the Colegio Nacional de La Plata in 1936. After graduating from high school, he was admitted to the School of Medicine at the National University of La Plata. During his third year, he began his medical residency at the Hospital Policlínico San Martín, a medical center that received the most complicated cases from much of Buenos Aires province. This residency brought him into contact with patients for the first time. He attended procedures carried out by professors José María Mainetti and Federico E. B. Christmann, from whom he learned the simplicity and standardization that he would later apply to cardiovascular surgery, one of his many great contributions to cardiovascular operating techniques. Favaloro graduated with a medical degree in 1949.

Following graduation, he applied for a position as a medical auxiliary, but the offer required him to enroll in the Peronist Party, something he did not accept. He then moved to a small town named Jacinto Aráuz in La Pampa Province after being offered a job as the town's doctor; when the resident doctor died, he succeeded him and brought his brother Juan José into the clinic. He married María Antonia Delgado in 1951.

Favaloro and his brother endeavored to improve the general level of health in what was then a remote region. They trained and educated the general public, teachers, and nurses and improved health-care delivery. They equipped the town with an operating room, X-ray and improved the laboratory thereby providing essential surgical and diagnostic tools.

Favaloro with F. Mason Sones, Jr., at the Cleveland Clinic

Favaloro became interested in developments in cardiovascular intervention, and developed an enthusiasm for thoracic surgery. During one visit to La Plata, he met Professor Mainetti, who pointed him in the direction of the Cleveland Clinic. Although in the beginning he had doubts about leaving his profession as a rural physician, he thought that he could make a greater contribution to the community on returning from the United States. With few resources and rudimentary English, he decided to travel to Cleveland. He first worked as a resident and later as a member of the surgical team, working with Donald B. Effler, head of cardiovascular surgery, F. Mason Sones, Jr., who was in charge of the Angiography Laboratory and William L. Proudfit, head of the Department of Cardiology.

In the beginning, the major part of his work revolved around valvular and congenital diseases; later on he became interested in other areas. Every day, having hardly finished working in the operating room, Favaloro would spend hours and hours reviewing coronary angiograms and studying coronary arteries and their relation with the cardiac muscle. The laboratory of Sones, father of the coronary angiography, had the largest collection of angiograms in the United States.

At the beginning of 1967, Favaloro began to consider the possibility of using the saphenous vein in coronary surgery. He put his ideas into practice for the first time in May of that year. The basic principle was to bypass a diseased (obstructed) segment in a coronary artery in order to deliver blood flow distally. The standardization of this technique, called coronary artery bypass surgery, was the fundamental work of his career, and ensured that his prestige would transcend the limits of his country, as the procedure radically changed the treatment of coronary disease. In 1970 he published one of his best-known volumes, Surgical Treatment of Coronary Arteriosclerosis.