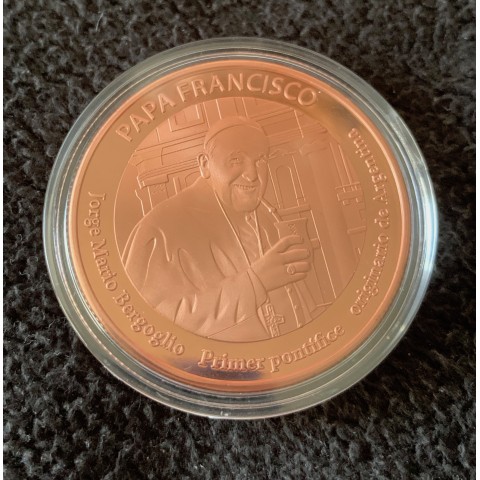 Pope Francis (Latin: Franciscus; Italian: Francesco; Spanish: Francisco; born Jorge Mario Bergoglio;[b] 17 December 1936) is the head of the Catholic Church and sovereign of the Vatican City State. Francis is the first Jesuit pope, the first from the Americas, the first from the Southern Hemisphere, and the first pope from outside Europe since the Syrian Gregory III, who reigned in the 8th century. Born in Buenos Aires, Argentina, Bergoglio was ordained a Catholic priest in 1969, and from 1973 to 1979 was Argentina's provincial superior of the Society of Jesus (Jesuits). He became the archbishop of Buenos Aires in 1998 and was created a cardinal in 2001 by Pope John Paul II.

13 other products in the same category: